Drones with the Longest Flight Time

Every second is precious in a drone mission, especially if your drones camera is heavy.  The heavier your payload, the more power it takes to haul that equipment around, so many manufacturers have put a lot of engineering muscle into reducing size and weight, while increasing the resolution and range of the cameras and sensors.

Thanks to equipment improvements, most quadcopters average more than 20 minutes (if it is not too windy).  Batteries take time to recharge, so if you have a long project, be sure to bring at least 3 or 4 extra charged batteries.

Here’s a list of widely available and highly recommended drones with the longest flight times.

This portable, lightweight drone can reach altitudes of up to 3km. At the moment it is the best flight time drone you can buy for under $500, which is a longer flight time than the more expensive drones.
Make sure you buy there right model of this drone because some models don’t come with a camera. The models without a camera can get flight times of up to 40 minutes! But what is the fun in that? We’re flying for footage right?

This is the workhorse of the drone world and is one of the most flexible. With its Obstacle Sensing System, you are able to avoid collisions. It is admired for its ease of use and the number of features that make planning and executing your flights a very productive experience. This drone with camera can shoot video footage in 4K. If you lose signal sit down and relax while the Phantom 4 flies back to you automatically dodging objects in its flight path. Also when you use the follow mode the object avoidance sensors do their thing to keep the drone from harm while you do your thing, it really is like a big selfie drone.

The Mavic Pro is one of the most travel-friendly quadcopters on the market, with its foldable design and neat carrying case.  It can be piloted with an Android or iOS smartphone or tablet.  You can control it from an awe-inspiring 7km (4.3 miles) and capture video in 4K.

DJI has truly done it with this drone, with many reviews stating “it is the best camera drone on the market”. It has some pretty amazing features build in, along with its duel battery setup giving 27 minutes of air time the Inspire 2 can also shoot video up to 5.2K. Just like the Phantom 4 if you press the return home button or lose signal the Inspire 2 will come back to its original take of area all by its self, it will also avoid objects alone the way. 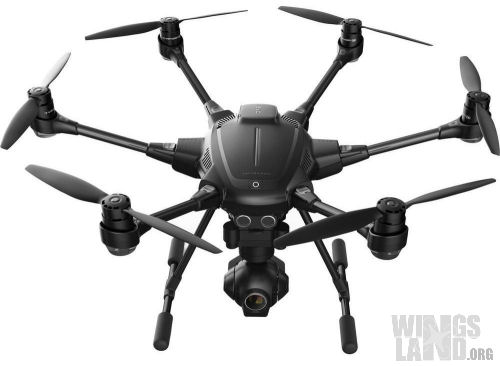 This drone features in a few of our drone categories, the main reason being that it deserves it!
The Typhoon H has features just as brilliant as the top DJI models. It has 6 rotors with a 5 rotor fail safe meaning that it can still fly back to you if one of the rotors is somehow damaged during flight.
Even with its 6 rotors, incredible features and 4k camera this drone still puts out an amazing 25 minutes battery life.

Parrot has doubled the battery life from earlier versions, and is designed for easy transport with its compact size. You can use third-party Bluetooth controllers. While it only has 8GB of internal storage, with Bluetooth,  you can upload directly to the cloud. 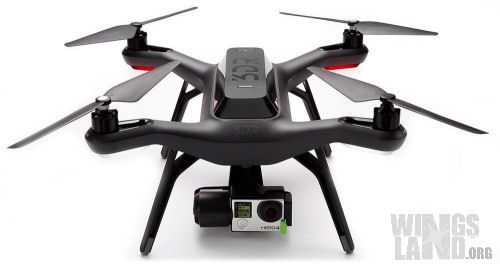 Users love the controls, and also the high-quality video for the price. This is a stable drone, and although it may not hold a charge as long as the others, batteries are easy to charge, and they are reasonably priced. The 3DR solo does not come with a camera, instead you can use your GoPro with this drone. This is a great drone if you already have a GoPro as you don’t have to spend as much to buy a drone with camera. 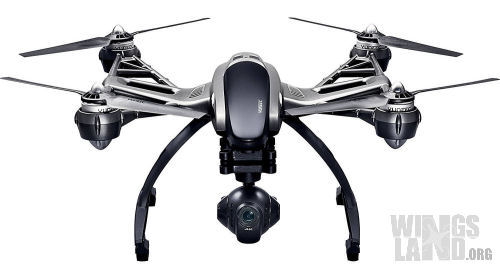 Although it’s on the low range of flight time, it’s big and not as affected by wind. It has a number of built-in systems, such as integrated aerial and ground imaging, which will make your 3D graphics really pop.  Because of its stability, the videos are smooth, and the colors are gorgeous. The Q500+ comes equipped with a very clear 4k camera that can take 12 megapixel stills

Our list of best battery drones consists of 8 fantastic drones for sale from a few different price categories. There are quite a few more drones available with long flight times which we may add to the list in the future. but for now these ones all have great reviews all over the internet.

For professional use, the best drone out of all of these is the DJI Inspire 2, followed closely by the DJI phantom 4. But if you need the extra long battery life their is nothing wrong with the video or build quality of the Hubsan 109, it just doesn’t have as many features.

To cut a long story short you can confidently buy and of the drones on this page as they are all top quality. it just depends on which features you want and how much you want to spend.