Inventor of The Circle Game

Loading...
Just reading an article titled ” Searching for the Person Who Invented ‘The Circle Game’ ” on vice.com from author Joe Bish.


Joe did a lot of research about the circle game and found its true creator, which was not Malcolm In The Middle!

In fact it was invented early 1980s by an American man named Matthew Nelson, the owner of a bowling ally in New Breman. 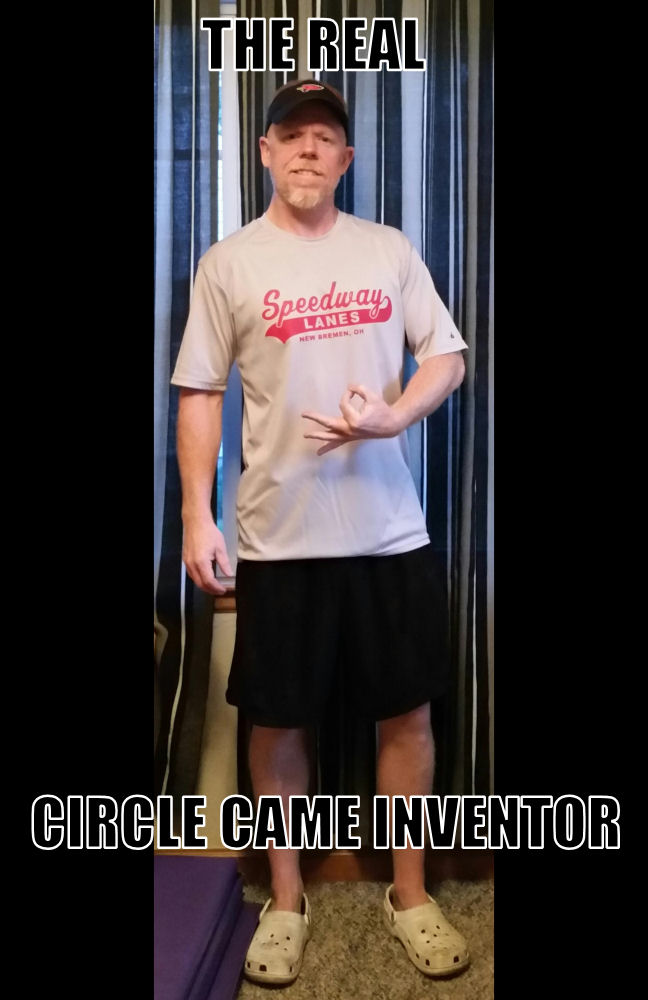 It’s not below your waste Matthew…

Here is the phone call made by Joe to Matthew Nelson 37 years after the games creation.

Can you tell me more about it?
It’s just some game we used to play in elementary school, and it just caught on. I don’t know how it all took off.

But you’re pretty sure that you’re the one who created it?
I’ll take credit for it.

How did you create this global phenomenon?
I have no idea. My whole life I’ve just been inventing cool things like that. That one must have stuck

Has anyone tried to contact you before about this?
Not that I know of.

So I’m the first person?
Uh-huh.

It says on some deleted Wiki page that you invented it. Did you write that?
No, I did not. I have no idea who put that one there.

How did Malcolm in the Middle pick it up?
I have no clue. I was kinda shocked by that. I never even… I never watched the show. I didn’t even know about that, someone had told me that.

So you created it in elementary school?
That’s correct.

How did you invent it? Was it just a way to punch your friends?
I think so.

Did they deserve it?
Heck yeah! I grew up with two brothers as well, so I mean, it was just something to do.

Could your brothers take any credit for being the original punching bags?
[Laughs] I don’t know… we all just played that game non-stop. I mean, it’s in our family photos; it’s just been going on for such a long time – especially in this town. We’re known for it, so…

So New Bremen is the hometown of The Circle Game?
That’s right.

So the game got out but the originator didn’t.
Well, you know, I was a kid. So, I mean, whatever happens, happens.

It seems a little bit unfair to me that it got so much international recognition, yet you remain a secret.
Well, here’s what I think: it’s kind of like flipping someone the bird. Where did that originate? I don’t know, but everybody does it, you know what I’m saying?


So there you have it, great research from Vice.com’s journalist Joe Bish